For at least the past 50 years plans for an overpass over the Union Pacific Railroad have been discussed.  Planning heated up again in the 1990's and 2000's in preparation for a planned project in 2008-2010.  Public Hearings were held and a preliminary design was settled upon.

The design featured the relocation of Highway 14, beginning at approximately the location of the Southern Power District office south of town, then shifting over to the railroad property just east of the High School, and continuing to a viaduct that would cross over the Union Pacific track where it meets the north/south rail intersection.  It would then extend north to rejoin the existing Highway 14 near the north edge of town.  This plan also featured 3 roundabouts at the 28th Street intersection, Highway 30 intersection, and the point where the new highway rejoined the old highway at the north edge of town.  The plan also included the closing of several existing at-grade crossings.

A key component of the project included the property owned by the Nebraska Central Railroad (NCRR).  The Nebraska Department of Roads was approaching the property acquisition phase of the project when NCRR acquired a new customer that proposed to establish a sand transloading operation on the property within Central City, just north of Highway 30.  This customer entered into a long term lease arrangement with NCRR to utilize this property.

Prior to this lease, there was very little activity on this rail spur.  However, this didn't mean the property had no value.  In fact, certain trackage rights exist on the property extending from the Union Pacific due south to the river that was targeted for the viaduct project.  On this particular piece of track, NCRR has the right to transport rail cars to either Union Pacific or Burlington Northern main lines.  These rights are fairly rare.  For example, NCRR has much tighter restrictions on the rail they operate near the Ethanol Plant in Central City that restricts most of the train traffic to Union Pacific rail lines.  The dual trackage rights within Central City are what made the Central City location attractive to the sand transloading operation.

The City initiated negotiations with Union Pacific and NCRR to transfer these rights to a location on the east edge of town with the encouragement of the Nebraska Department of Roads (NDOR).  NDOR indicated they would financially support the agreement, if it could be reached.  Senator Ben Nelson's office provided tremendous support in facilitating the negotiations between the City and the 2 railroads.

During the course of these negotiations, NDOR encountered a rapidly tightening budget.  Once an agreement was made, NDOR indicated funding would not be available for more than a small fraction of the cost of relocating the NCRR track.  This has stalled the project to this point, but negotiations continue to this day.

In 2010 the sand operation terminated the lease agreement on the railroad property.  NCRR indicated a willingness to sell the land, consisting of 20.34 acres, for $2,000,000.  Negotiations have not progressed beyond that point.

The new financial environment NDOR exists in has caused the project to be broken into 2 phases.  Phase 1 begins at the Highway 30 intersection, goes north with the viaduct construction and heads northwest to rejoin the existing Highway 14.  Phase 2 includes the Highway 14 relocation from Highway 30 south to the Southern Power District office.

Phase 1 has funding available through the use of highway safety funding and a subsidy from the Union Pacific Railroad.  This phase can proceed as funds are available.  Phase 2 is a discretionary highway project which must compete with all the other proposed projects around the state for an increasingly limited pool of funds.  The likelihood of starting this phase of the project anytime soon is very low.

The Nebraska Department of Roads has begun the preliminary work for the Phase 1 viaduct.  Assuming everything stays on track, we could see a project in 2021 at the earliest.  The City continutes to encourge the State to move the project forward. 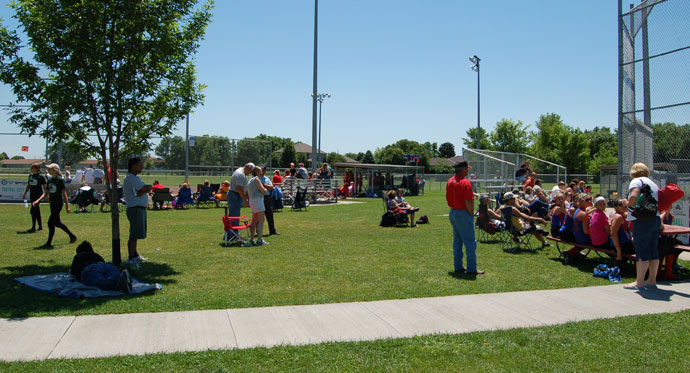